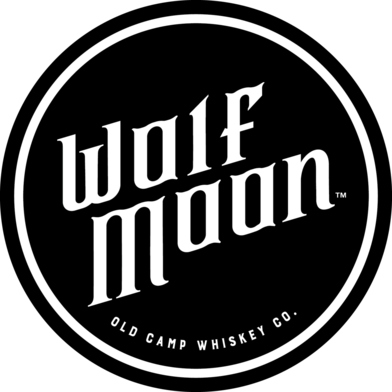 ACM “Artist of the Decade” Jason Aldean and multi-platinum, award-winning duo Florida Georgia Line (FGL) are pleased to announce the launch of their latest collaboration: Wolf Moon Bourbon. After touring together since 2014, Aldean, Tyler Hubbard and Brian Kelley have become close friends and frequent collaborators, teaming up for Aldean’s multiple No. 1 hits such as Aldean’s “You Make It Easy,” that FGL co-wrote, and joining forces on the song “Can’t Hide Red.”

“There’s nothing like sharing a glass of bourbon with my crew after a show—you could say its been part of our ritual for years,” said Jason Aldean. “Tyler and Brian have been a part of that ritual and we wanted to create something to remind us of our favorite memories. Wolf Moon’s name is a nod to the pack—the friends that become family. I’m looking forward to raising a glass with all my fans on the road this year.”

Florida Georgia Line’s Brian Kelley and Tyler Hubbard are no strangers to the whiskey world, with the duo introducing Old Camp Whiskey back in 2016, starting with a peach pecan flavor to celebrate their home states and made to get the party started. It was only natural for them and the distilling team to collaborate with Jason on their next whiskey venture—a four-year-old straight bourbon, made for sipping and taking in ‘the good life’ moments with friends.

“Making good whiskey is a passion of ours, and we really wanted to create something new and fresh with Jason,” said Florida Georgia Line’s Brian Kelley and Tyler Hubbard. “We’ve had this idea for years and spent a lot of time making sure we got it just right. We’re all so proud of this and can’t wait for all of the memories to be made over Wolf Moon.”

Wolf Moon is currently available in select markets, on ReserveBar.com, and soon to be available nationally at a suggested retail price of $24.99 for a 750 ml bottle.

Wolf Moon is a straight bourbon whiskey created by multi-platinum entertainers Jason Aldean and Florida Georgia Line, for ‘the good life’ moments with your pack. It is distilled from Midwestern grains and aged for four years in the finest new charred American oak barrels. Wolf Moon Bourbon is 80 proof (40% alcohol by volume) and is available for purchase at select retailers nationwide. For more information, follow Wolf Moon Bourbon on Facebook and Instagram at @WolfMoonBourbon or visit www.WolfMoonBourbon.com

After almost 15 years at the top of his format, three-time ACM “Entertainer of the Year" Jason Aldean has seen trends come and go. He’s helped bring a few out of the shadows, like a Country-music Columbus making the mainstream’s first contact with hard rock (“Hicktown”), hip-hop (“Dirt Road Anthem”) and R&B (“Burnin’ It Down”). But after all that time, he continues to hold his ground making modern albums with an old-school soul—most recently with his ninth studio album, 9, which debuted at the top spot on Billboard’s Country Albums chart while landing at No. 2 on Billboard’s Top 200 all-genre chart. Notably, all eight of Aldean’s previous studio albums have been certified Gold or Platinum by the RIAA, while bolstering 15 billion streams and more than 18 million albums sold and 23 radio chart-toppers. The fiery lead single “We Back” and "hard-rock country anthem” (Rolling Stone) behind 9 also serves as the namesake for Aldean’s 2020 WE BACK TOUR featuring special guests Morgan Wallen, Riley Green and Dee Jay Silver. His tours are nearing legendary status as he has sold over ten million tickets and is one of the first of few acts in the genre to sell-out multiple stadiums including UGA’s Sanford Stadium, Fenway Park, Wrigley Field, AT&T Stadium and Gillette Stadium. For more information visit www.JasonAldean.com.