The paid media campaign will reach 99% of all U.S. households and encourage the public to respond to the 2020 Census.

America Counts: Stories Behind the Numbers 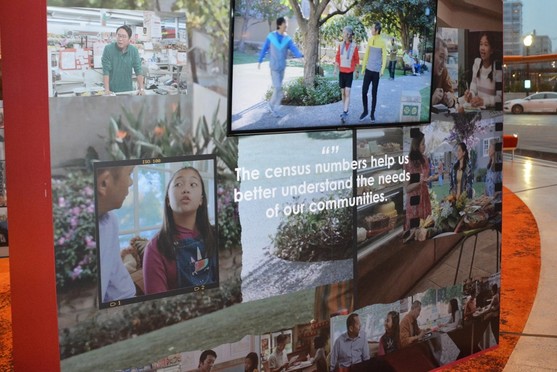 On the eve of the nation’s once-in-a-decade headcount of every person in the country, the U.S. Census Bureau is unveiling an unprecedented $500 million public education and outreach campaign featuring more than 1,000 advertisements.

The 2020 Census Integrated Communications Campaign (ICC) debuted in Washington, D.C. when members of Congress, federal agency leaders, Census Bureau partners, and the media received a preview of the messaging and strategies that support the ICC platform: “Shape Your Future. START HERE.”

The paid media campaign, which began in December 2019 with advertisements to reach remote villages in Alaska, will ultimately reach 99% of all U.S. households and encourage the public to respond to the 2020 Census.

The campaign has a heavy focus on encouraging participation among multicultural and hard-to-count populations, with advertising in 12 languages in addition to English. Continue Reading…

Help us spread the word about the 2020 Census

The 2020 Census is more than a population count. It’s an opportunity to shape the future of your community. Through your social media channels, your voice can make a difference. Share this on social media or forward it to a friend. 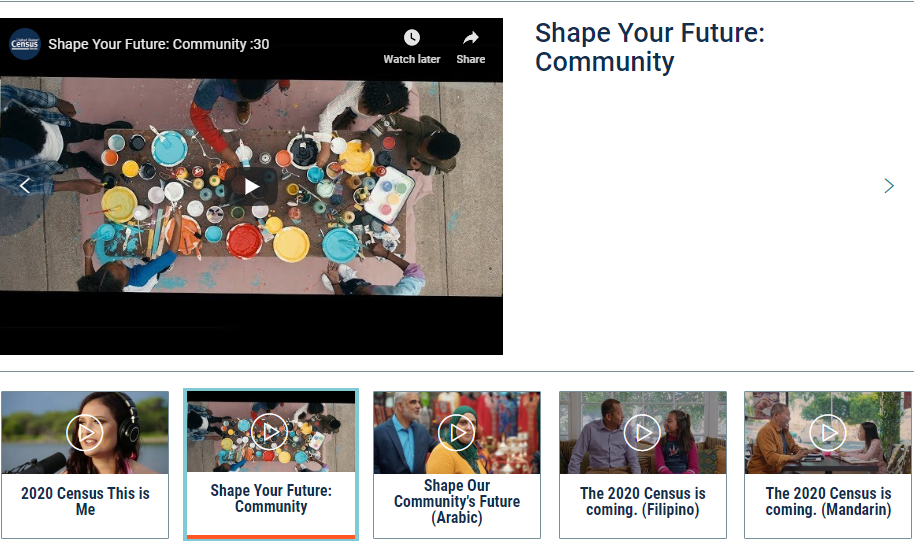 America Counts tells the stories behind the numbers in a new inviting way. It features stories on various topics such as families, housing, employment, business, education, the economy, emergency preparedness, and population. Contact our Public Information Office for media inquiries or interviews.

Published in Business and Government & Politics